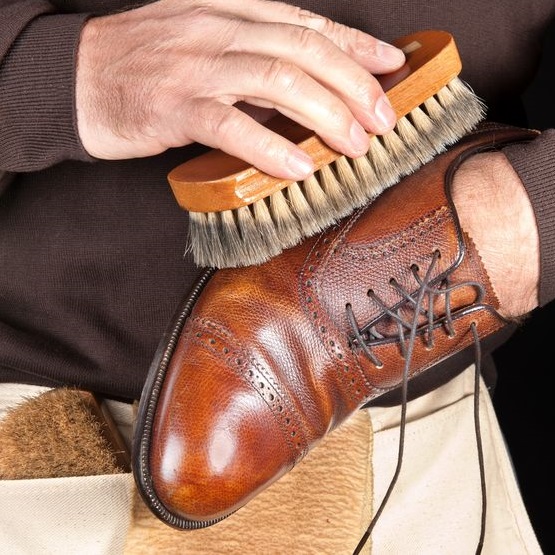 Twitter is great for a lot of things: networking, sharing with friends, or even just killing time following people and institutions we enjoy. Today, the social networking platform presents us with an inspiring story unto itself, about the power of generosity in the digital age.

Javier Castaño is a 50 year old man who lives in Malaga, Spain. In his primary capacity, he works as a shoeshine at a small cafe. It is his second life however, he serves as the vanguard to some of Twitter’s (and in turn, the Internet’s) best real estate, in a way that makes for a fascinating discussion.

Castaño has always been an early adopter. Previously, he had worked as a graphic and web designer, until he lost his job during the recent economic trouble in Spain. He turned to shoe shining to make a living, always with his eye on the Internet, his true passion. Castaño would then proceed to be on the cutting edge of virtually every trend and new development in the web world. He had one of the earliest Facebook accounts after the site opened to the public, and adopted a Twitter handle of his own long before the site came into vogue.

Castaño’s penchant for being on the cutting edge is where his story gets particularly interesting. By the time social media began to boom in popularity, the online practice of “domain squatting” had already become a widely held (and controversial) reality. Individuals and companies would purchase domain names they believed others would want on speculation, with the intention of selling them to interested parties for a hefty profit. The domain name of a popular business or celebrity could be registered for a pittance, then sold for thousands of dollars when the relevant party later realized how much they needed it.

Before it showed signs of being the next big thing (at least to the general public), Castaño believed in Twitter and the notion that it would one day be ubiquitous. He noticed that many cities in Spain had not “claimed” their relevant Twitter handles, and believed they would one day want them to communicate with the public. Disgusted by the practices of cybersquatters, Castaño snatched up soon-to-be-popular Twitter handles left and right – not for profit, but for the benefit of those who would use them.

Soon he owned such prime Twitter real estate as @canada, @japan, @rome, @madrid, and even @NY. He decided to “occupy” these prime Twitter handles until he could gift them to the relevant cities and agencies. He embarked on a letter writing campaign to start bestowing these digital gifts, and was met with more than a few quizzical looks and quick brush offs. He was so ahead of the curve that on many of his first attempts, he was ignored. Even more amazing than his initial generosity, was the fact that Castaño persisted. He did not give up on doling out the Twitter handles, even after being rudely dismissed. He stuck to his guns and didn’t sell the domains out of frustration, or change his plan in any way other than to be patient.

The true value of this story is in the altruism of the man at the center of it. While many saw internet speculation as a lucrative new avenue of business, Castaño saw it as a civic duty. He used his talents and vision not merely to help himself, but to do a service for others. He persisted even though he was not initially appreciated, and provides a strong example of applying personal beliefs and ethics to the digital world.

We would all do well to learn from Castaño’s example. While some treat the Internet as a “wild west” where many rules have yet to be established, men and women like Castaño see it as a microcosm of the real world – one in which the same sort of morals and guidelines apply, even if they haven’t been established officially yet. He teaches us that if it feels right, it probably is exactly what we should do.

For another insightful discussion related to Twitter, see our recent article “One Bad Tweet: The Power of Social Media to Change a Life” and discuss its implications as a family.