Home>article posts >Has the Time Come Where Ads Can “Read” You? 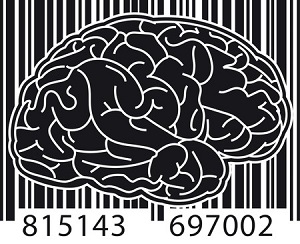 Has the Time Come Where Ads Can “Read” You?

In a world where self driving cars and drone delivery systems are being talked about as imminent realities rather than far flung dreams, the future seems to be arriving sooner than ever. In our continuing exploration of ethics in the digital age, we have shared much about the ideas of privacy and data collection. Today we share a new frontier in advertising that melds futuristic technology with a new set of questions and concerns.

So called “neuromarketing” has long been a dream of advertisers and marketing teams everywhere, one that is just now entering mainstream use. The concept involves the use of brain-imaging technology to help track, measure, and eventually predict a consumer’s response to advertising materials.

The idea behind neuromarketing is to anticipate the success of anything from a new product to a speech’s message by quantifying responses like anger, happiness, surprise, or sadness. While actual brain imaging is not used outside of laboratories and controlled studies (no one is giving you an MRI on the street) there are simple ways to collect and track similar data. The easiest comes in the form of cameras placed near or even inside an advertisement, such as a poster on the side of a bus shelter. These images are connected to computers which “read” facial expressions and eye movements, and translate them into emotions.

Advertisers love this idea because it gives them concrete and trackable data about the success of their messages. Part of the difficulty in advertising has always been in quantifying the value of an ad. Examining relationships between an ad campaign and sales only provides a vague idea of the ad’s success muddled by many other variables. Neuromarketing can cut through the clutter and go much further. Over time, as more data is collected and more definite patterns are established, the teams behind neuromarketing campaigns will be able to identify what levels of specific emotions indicate we are more likely to listen, purchase, or even vote a certain way. In other words, neuromarketing has the potential to know even more about your habits than you do, by tracking subconscious thoughts and emotional patterns.

If you think that the concept sounds just a little off-putting, you aren’t alone. Neuromarketing is still in its infancy, but clearly has very powerful potential. Like all power, it also has the possibility to be misused. While it isn’t quite mind reading, it starts to sound a lot like going inside a person’s brain, and there are obvious concerns about privacy. The far reaching possible uses are also as troubling as they are exciting. While many might be fine with using neuromarketing to try to sell someone say, a bag of chips, would we feel differently if that technology was trying to sell them tobacco? The technology could be used to collect data and influence political campaigns, or public messages. Is it less right to use data that could be seen as giving the power to manipulate the masses for something as important as public policy?

In order to further inform yourselves, we recommend reading the article about neuromarketing recently published in New York Magazine. It provides examples of case studies that have been performed, as well as ideas for potential uses. Read the article and discuss these concepts as a family. Is this technology a good idea or something we should wade into cautiously? What are some areas in which you could see it being especially hurtful, or helpful?

To further your discussion of this article, we recommend some of our other tech ethics articles, including “Online Data Manipulation: The Ethics of the Future,” “Is Technology Tricking You Into Over-Tipping?,” and “A New Car That Lets Parents Track Their Teens.”