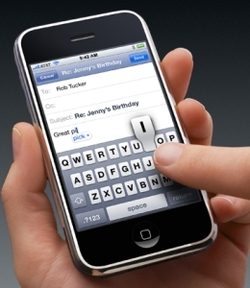 Should Parents Check Their Teens Texts (and emails) [By: Female; Age 13; New Jersey]

Should Parents Check Their Teens Texts (and emails)?

This is a difficult question, because you need to take into account two different perspectives.

One the one hand, parents want to know, and have the right to know, what is going on in their child’s life. The child might be bullied or threatened, but too afraid to tell their parents. Maybe the child in question has a great social life, but the parents should still know what is going on. However, the child probably has a different point of view. They should not have anything to hide from their parents, but still want their privacy.  They should be able to have a conversation with their friend without the parent constantly checking up on them. They might also feel that their parents don’t trust them completely.

The parent should certainly not check the teens texts without telling the child, because that would make it seem like they do not trust their children so much that they need to spy on them. One possible solution is that the parent could scan the child’s texts every so often just to make sure everything is going smoothly for the child without reading every detail and invading the child’s privacy.

The parents should compromise with their children  so that they have a solution that pleases all of them. For example, the parent could check their child’s messages once a month, and if they see that everything is going ok, they could slowly check them less and less often until they feel that they do not need to check them at all.

Whatever the resolution is, the parents should work together with their children and turn it into a bonding situation where they can make decisions together and become closer while doing so.

I firmly believe that my parents have my best interests at heart, and would never check my texts just to snoop on me, but only for safety reasons, so I trust them, and even if at times I disagree with it, I know they are right.