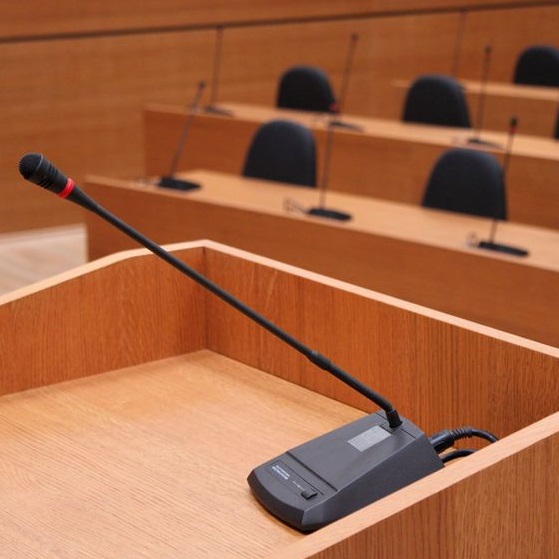 Debate Over Student’s Religion at UCLA

Some of the stories we come across help us see how far we’ve come, and what we aspire to be. Others, sadly, reflect on progress that still needs to be made and strides that still need to be taken. The most important thing is that we learn from all of these stories, and see that by discussing both the good and the bad, we become better rounded people who work to improve our shared future.

Controversy has erupted at UCLA during what should have been a bit of routine business. The student council there was conducting hearings, to confirm nominations to the school judicial board – an organization that exists as a sort of “Supreme Court” for the university. Second-year economics major Rachel Beyda was up for a seat, when her confirmation was sidelined by a disturbing line of questioning.

Beyda, a Jewish student with ties to Jewish organizations on campus including Hillel and her sorority, was asked if she would “be able to maintain an unbiased view” in light of her association with these Jewish organizations. The role faith plays in her life was called into question, and her religion was unfairly given a greater emphasis than her credentials.

The ensuing conversation debating Beyda’s confirmation was recorded in the minutes of the meeting, and reveals a series of inappropriate questions that raise stereotypes and unfair cliches regarding Jewish people. The idea that Beyda, an intelligent and ambitious 20 year old student, has some sort of split allegiance that would impair her judgement, is a particularly tired and hurtful assertion.

Some have argued that the attitude reflected in this controversy, as well as in other instances where people have been openly or ambiguously questioning of Jewish individuals, are tied to the actions of Israel. When taken at face value the notion that a college sophomore from California should be tied to, or judged for, the actions of a nation across the world is ridiculous. However, this story highlights the subtle and insidious ways that stereotypes manifest. While we can all readily identify outright instances of racism, sexism, religious discrimination and hate, it is the more subtle associations and quiet judgements that are the most pervasive and perhaps, the most harmful.

After initially being voted down by the student council, by members who admitted to the strength of her credentials but were hung up on her Jewishness, Beyda was ultimately approved and apologies were issued. The University Chancellor, Gene D. Block, issued a statement referring to the approval as “a teaching moment.” Adding, “these are students that are learning about governance. I think they all learned about what’s appropriate and what’s not appropriate. The campus has come together on this.” Many are of the opinion that Chancellor Block’s position was not strong enough. That opinion is worth discussing as a family. Irrespective of one’s opinion about whether Chancellor Block should have reacted in a stronger manner, our hope is that the campus did learn something, and that we in turn can learn and grow from what happened so as to better ourselves.

To judge people for their affiliation to a group, whether it be a race, religion or even a sport they play, whether that association is something they chose or were born to, is wrong.

We must strive to hold ourselves to a higher standard in how we treat other people, and not to pass judgement based on assumptions. Rachel Beyda never did anything to give the impression she had any biases, but she was nonetheless assumed to posses some because of her background and faith. We must be vigilant in order to stamp out all forms of discrimination. Only by bringing awareness to the problem, can we bring about a solution.

As you learn a lesson from this article, we also recommend “Peace Ring” In Oslo Brings Hope and a Powerful Lesson, as an example of progress being made on a similar front,  and an indicator of where we need to go. We also recommend the powerful lesson of “Fraternity’s Racist Chant: A Reminder to be Vigilant.”

UPDATE: The University of California President Janet Napolitano and UC Board of Regents Chairman Bruce Varner recently condemned the questioning of Rachel Beyda, as well as a swath of antisemitic behavior that has emerged on the campus since. Read more about the developing story here.