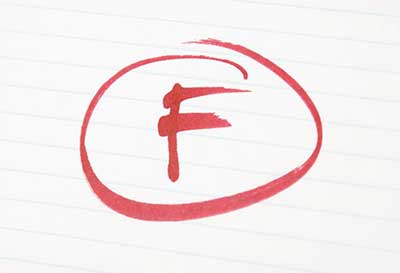 The Ethicist Looks at Grade-Changing

Today we take a look at another piece from New York Times columnist, The Ethicist. Weeks ago, his “Sample of Campus Ethics” included an item titled “Teacher’s Pet” that raises an interesting discussion.

The situation is as follows: A student doing very well in a philosophy class receives a “B” as a final grade when he was expecting an “A.” Confused, he seeks out his professor to ask why. After reviewing grades, the two arrive at the fact that a major question on the final exam had been scored incorrectly. The student in question, as well as many more, had lost points they should have gained on the test, while those who should have been marked wrong were marked right. This simple error on the part of the professor had skewed the grades for the entire class. Citing the fact that it is difficult to change the grades after submitting them to the school, the professor offered to change this particular student’s grade in exchange for not notifying the rest of the class.

Now the ethical dilemma regarding the teacher’s behavior is really not much of a dilemma at all. It is simple to see that his behavior was wrong, and that his being too lazy to correct his own error is inexcusable. He should have owned up to his mistake.

The slightly trickier issue to parse is the behavior of the student. To finish the story, the student agrees to remain mum on the issue to the class at large, as long as the professor changes his personal grade, as well as assigning the correct score to a friend of his in the same class. Essentially the student agrees to be complicit with the lie as long as he can enjoy the academic outcome he was hoping for. His sense of altruism is seemingly limited to the one person in the class he knows personally.

The Ethicist concedes that while he was in college he probably would have acted in the same way. He does explain however that simply because the professor’s behavior was more wrong, does not mean that the student was not wrong as well. He should not have covered for someone else lying and being too lazy to do the right thing.

The other point the ethicist raises is an interesting one. He says he would have acted in kind, “especially if he liked the instructor.” Do we allow our moral compass to shift when we are dealing with those who have power and influence over us, or whom we respect for reasons outside of their morality? Ethics must necessarily remain constant, but what additional challenges arise for say, a student who notices unethical behavior in a teacher, or a worker who notices something wrong done by their boss?

We can only control our own actions, and must be primarily concerned with doing the best and most right thing that we ourselves can. However, what obligation do we have to instill, or even police the ethics of others? Would you be willing to go against someone in a position of power over you, or whom you respect because they challenge your sense of morality?

We hope you enjoy this topic for discussion and can get a lot out of it together, as a family. Also be sure to take a look at some of our past pieces inspired by The Ethicist including: